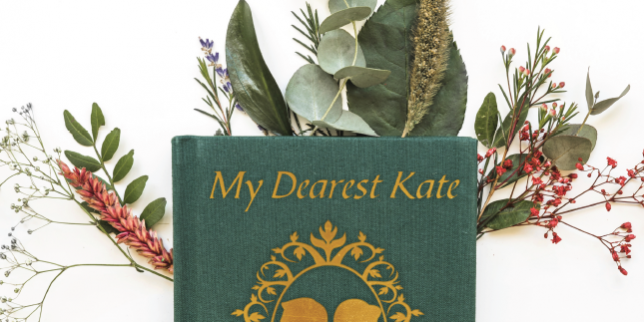 On Saturday 20th October at 7:30pm, Small Spaces Theatre Company held a special performance of ‘My Dearest Kate’, an adaptation of the play written by Ellie Dickens. The performance was held at St Andrew’s Church in Churchdown and raised £700 for TIC+!

“My Dearest Kate” tells the true story of Catherine Dickens, wife of journalist, novelist and playwright Charles Dickens, through letters exchanged between herself, Charles, friends and family.

The couple were married in 1836 in London, legally separated in 1858, but never divorced. After 10 children, Charles forced Catherine to leave their home alleging she was mentally ill and unfit as a wife and mother. On her deathbed, Catherine requested that her collection of the letters from Charles were given to The British Museum so that the world would know her story and the Charles she knew.

“My Dearest Kate” has been adapted by Marianne Gaston from the original one woman show, by kind permission of author Ellie Dickens, in to a two hander production starring herself and David Lloyd.

For Marianne, playing ‘Kate’ is a gift of a role for an actor. “I feel so privileged to be able to give Catherine a voice. It is only in recent years that the true story of the Dickens’s marriage has become more public. To be saying the actual words that Catherine spoke gives me a responsibility to present her in as honest and unsentimental a manner as possible.”

When asked why she chose to support TIC+, Marianne explains “A few years ago TIC+ had been extremely helpful to the teenage daughter of one of my friends when she was experiencing a very difficult time. My friend said how much she appreciated the support they had received.  It was then that I felt that I would like to assist in some way and offered “My Dearest Kate” as a fund raising event.”

We would love to say a big thank you to everyone who came to the event and to all those who volunteered and gave their time up to make it such a success!

Events
A list of quick reference organisations, websites, helplines and apps which may help in a crisis situation.


Directory
Search
Topics
Go to Top
This website uses cookies to improve your experience. We'll assume you're ok with this, but you can opt-out if you wish.Accept Reject Read More
Necessary Always Enabled
Hide page Leave the site quickly